Uganda Theological Reflection #3: A New Map of the World

After I returned home from my short-term missions trip to Uganda, an insightful member of my church asked me, “What can the American church do for the church in Uganda?” Great question! Having spent time reflecting since then, I thought I’d share a few comments here in response to his question.

I would encourage Ugandans to actively study and write theology, and I’d encourage Westerns to joyfully read it and give them feedback. And vice versa. Work on books together. Study and teach together in each other’s schools. Preach in each other’s churches. Get to know each other. Share your gifts. Think of yourselves as the single family  that you really are (1 Corinthians 12:12-27). The theological perspective of someone who grew up in Mbale is no more or less important than the theological perspective of someone who grew up in Chicago. There is only one God and one Spirit, who lives and reigns and indwells the lives of both of them (Ephesians 4:1-6), and who is far too big for any one cultural history to be an adequate lens through which to glimpse His glory.

Even so, when I was in Uganda, the locals there were so eager for us to open the Scriptures to them. They were so humble, continually focused on how much they had to receive from us. Here in the States, I have so rarely witnessed that kind of eagerness to hear the word preached or that level of humility demonstrated in receiving it. If anything, what I most often experience is a sense of “yeah, I already know that” or “what’s your point?” or “let’s fight about something tertiary and trivial.” But in Uganda, it was an ongoing sense of, “I’m so glad you’re here to teach me” and “I can’t wait to learn from you.”

Sure, that plays to my ego, but I wonder if it’s a realistic appreciation of who knows what. I wonder if they might be overestimating me and underestimating themselves. Yes, I’m in seminary and studying under some of the finest theological minds in the whole world, but they’re the ones walking with God every day in dry and difficult places, pouring their hearts out in prayer, and learning to really depend on the Lord. My steadily-increasing knowledge can be so theoretical and esoteric at times. Theirs, most emphatically, is not.

And don’t forget that a) the only way for us to know anything about God is that He reveals it to us, and that b) God reveals Himself however and to whomever He wishes. Sure, He can and does use a ton of formal study for that purpose, but that’s not all He uses. How much diligent theological study preceded the burning bush in Moses’ life? Now, you tell me, where is one more likely to encounter a burning bush like that in this world — on Trinity’s campus or in the slums of Namatala? 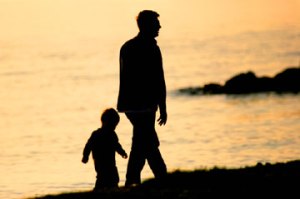 We in the West need to stop assuming that we know God better than anyone else in the world because we have more churches or more resources or a lingering sense of the rule of law (or whatever) than other nations. We need to stop acting like we somehow take God with us when we go somewhere. I suspect that many Christians in Uganda are closer to God than many who would claim the name of Christ here in the States may ever be. By and large, the Christians in Uganda have learned how to pray. They know what it means to be the Church. Many of them spend their days and nights crying out to God for daily bread or to heal a child, trusting God to provide what they cannot provide themselves. Broadly speaking, they are living in submission and dependence and, frankly, joy. Most of us in the West, on the other hand, have no idea what it means to pray for daily bread, because we have a week’s worth of bread in the cupboard and years’ worth in the bank. We fundamentally believe we can provide for ourselves and create our own individual utopias. And we work really hard every day to pull it off, completely ignoring (for the most part) God’s explicit warnings that life doesn’t work like that. Here in the West, there isn’t always that much difference between the way an atheist works and the way a Christian works, while in Uganda they’re so pumped about the gospel that they’re routinely giving their businesses names like “God is Awesome Boutique” and “Jesus Saves Bookstore.” And I submit that very few Christians in America have a mature, committed, biblical view of the Church.

In Uganda, they dance and shout and cry when they worship, while many of us stand still and sing in monotones. Personalities are diverse, but I can’t help but wonder if it has more to do with the fact that they actually know God, so their joy is much harder to suppress or contain.

We are too busy to care for the people around us or even share a meal together with someone from church outside our immediate group of friends or not on a designated small group night. Meanwhile, in Uganda, Christians depend on one another every day. The church where I preached in Namatala was conducting a weeklong fast that week, so they were going to be eating and praying together (after fasting all day) every single night that week … and that was after 5-6 hours together on Sunday. Try making that announcement at your next small group meeting! We are distracted by many things, but they spend a lot of time and energy on what truly matters.

And if you were to compare the % of annual salary American Christians give to their local church to the % given by Ugandans, how do you think that would turn out? I searched for comparative global statistics, but didn’t find them … just a bunch of articles about how giving in the US is meager and getting meager-er. Nonetheless, I think it’d be pretty safe to assume we Westerners aren’t leading the charge here.

Bottom line… maybe they should be sending missionaries over here.

Welcome them to the party

I guess my point is that the American Church shouldn’t be thinking it terms of going overseas to rescue the poor people of Uganda. In many of the ways that really matter, they’re far richer than we are. And we don’t take Jesus to them. To be honest, I think they need to re-introduce Jesus to many of us.

If we’re going to engage them at all (and we should!), the Church in the West should welcome the growing branch of our family in the South and East into the global theological community with open arms. Provide moral support and encouragement. Pray for them. Spur them on to love and good works (and good theology)!

Be a faithful big brother

We’re like a big brother who has grown lethargic and cynical, a little lazy and kinda full of ourselves. First thing we need to do is stop feeling so superior. Even setting aside the fact that those who think they’re first are going to end up last in the Kingdom (Matthew 20:16), the truth is that in many ways they’re ahead of us. Let’s humble ourselves, and come to realize that our baby sister has grown up. She’s now a beautiful, smart, capable young woman, who needs our encouragement to come fully into her own, not our cynicism or arrogance or condescending supervision.

Yes, we still have much to teach, but we also have much to learn. Let’s tackle the boundless and glorious project of theology together. Let’s tell our sister every chance we get that she doesn’t have to be more like us to be beautiful. She’s already beautiful. She doesn’t have to do everything the way we do it to be successful. She’s already more successful than we are in some key areas (see my first theological reflection). And let’s exhibit half the eagerness (and the grace!) to learn from her that she consistently exhibits in her desire to learn from us. We’re older, but I’m not sure we’re wiser. And what sibling worth his salt thinks he’s “better” than his little sister?

The West has achieved much in the last handful of centuries. There are many ways in which we’ve honored God and served this world. But whatever we are and whatever we’ve achieved, we got that way by walking with God and by soaking in God’s grace, not because we’re “wiser” or “better” or have more stuff. And whatever our Father did for us, He’s doing for His other kids as well — wherever they’re from. It just might not look the same as it did for us. For anyone who has ever observed how different siblings can be, that shouldn’t come as much of a surprise.

Lover and follower of Jesus, the long awaited King. Husband and father. Writer and seminary student. On a long, difficult, joyful adventure, learning to swim with the current of God's sovereign love and walk with Him in the garden in the cool of the day.
View all posts by Jeff Block →
This entry was posted in Theology, Travel and tagged Bible Study / Hermeneutics, Global Theology, Missions, The Church, Uganda. Bookmark the permalink.

1 Response to Uganda Theological Reflection #3: A New Map of the World