The Love of God… Is Stronger Than Death

“And Jesus said to her, ‘I am the resurrection and  the life. Whoever believes in me,
though he die,  yet shall he live, and everyone who lives and believes in me shall never die.’” — John 11:25-26 ESV

He is not here; He has risen!

That, in my opinion, is a great question. I think we (as a people; even God’s people) do that all the time… search for the living among the dead. Let me elaborate…

Physically, this world is dying. Everything in it is dying. Our bodies start winding down the second we emerge from the womb. Every other creature on earth is the same way. Plants live for a brief season and are gone — even plants in ideal tropical climates. I am forever recharging my phone. And the more gadgets you have, the more acutely in-tune you probably are about how fast they wear out.

Even with constant investment, our stuff runs out, falls apart … flat out dies … really fast. Every system – from electronics to relationships, from stars to corporations, from single-cell organisms to complex biological ecosystems – requires live-giving energy to thrive. Any organizational system, if you interrupt the continual flow of energy into it, dies a horrible death. Skeptical? Stop doing the dishes. Stop calling a particular friend. Stop holding leadership meetings at work. Stop watering your plants. Cut off your own oxygen supply. In a blink of an eye, death follows. The truth is that in every corner of our lives and the world around us, the relentless march toward the grave is being stalled (only slowed, not halted) with constant hard work. And I don’t mean just human end of life, but every living thing you could name — whether created by God (people, animals, trees, etc.) or created by man (buildings, roads, cell phones, etc; not biologically “alive”, but functioning and producing nonetheless … until you unplug them from their power source).

But what’s even more interesting (at least to me) is the question of spiritual life and death. Unlike the physical world (which is very much alive but winding down like a cheap watch), the Bible clearly teaches that everyone and everything in our world starts out spiritually dead (Ephesians 2:1-5, Colossians 2:13 and others).

I doubt it will spark much debate if I categorically state that rocks and buildings are spiritually dead, with no hope of spiritual life. The same is true of grass, apple trees, and tiger lilies, though I do know a few people that might argue that point with me (only a few). The probability of opposition dramatically increases when we get to other animals. As unwilling as some might be to accept it, the truth is that non-human animals are also spiritually dead — permanently. Spiders, lizards, dogs, cats, monkeys, dolphins — all of them. No matter how smart an animal is or how much personality it demonstrates or how much DNA it shares with us humans, the bottom line is that they have no soul. No spiritual life is possible. 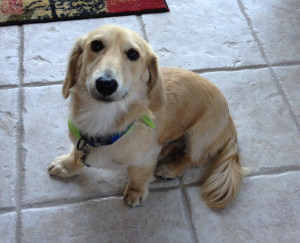 As wonderful as animals (especially pets) can be, only human beings are “special” among the great diversity of God’s creation. God spoke everything in creation into being by the word of His power. Everything in all the universe was created the same way – from time to light to dirt to animals… God spoke, and it was so, and God called it “good”. See Genesis 1. But God’s last act of creation was different. Here, “God created man in His own image, in the image of God He created him; male and female He created them.” (Genesis 1:27). Then, “the Lord God … breathed into his nostrils the breath of life, and the man became a living creature” (Genesis 2:7). And we were given the tasks to “be fruitful and multiply”, to “have dominion over the fish of the sea and over the birds of the heavens and over the livestock and over all the earth and over every creeping thing that creeps on the earth” (Genesis 1:26)

So, not just created, but created to be a little like God. Not just alive, but alive with the breath of God in our nostrils. Not just taking up space, but given a mission borne out of our relationship with the Creator. Not just “good”, but “very good” (Genesis 1:31). God didn’t talk to the bears and the antelope. The dolphins and chimpanzees didn’t get jobs to do. God didn’t walk in the garden in the cool of the day with the zebras or the llamas. Clearly the animals and plants and all of creation were designed to be in the service and dominion of the man (and the woman). God gave us a special-ness in His creation.

And at the end of the day, that “special-ness” boils down to eternality. God is holy, infinite, with no beginning and no end. We are nothing like Him. He is infinite; we are finite. He is all-powerful; we are weak and frail. We are only a little like Him. But “a little like God” is … utterly amazing! And that similarity includes the capacity to live forever as adopted children in covenant relationship with the Lord God of the creation story. We are more than dust. More than complex biochemistry. More than even sentience. And more than the brief, every-second-marching-steadily-toward-the-grave physical life that we share with the creatures and things around us. One way or another, we (unlike anything else in all the physical universe) will live forever. Unlike God, we had a clear beginning. But astoundingly, like our Heavenly Father, we will not have an end.

But wait a minute. Back up. I thought we discussed a few paragraphs back that we — like everything else in the world — start out spiritually dead?

And this is where I want to focus to close us out. We start out spiritually dead. We have the capacity for spiritual life, but we don’t have it. Adam and Eve had it, but they threw it away (Genesis 3), and we inherited the curse of their sin. But be careful being too down on them. Every last one of us is wired the same way. In their shoes, you and I would have done the same thing. Most of us prefer darkness to light — because our deeds are evil (John 3:19). Most of us are perfectly happy being dead — because on this brief vaporous blink of a journey on earth, we love having our own way (Isaiah 53:6). We’re so steeped in “me” and what I want, that we’ll throw away the eternal to get the now. That’s unspeakably sad, but it’s human nature … and a broad road that leads to destruction (Matthew 7:13). CS Lewis (in The Weight of Glory) was right, “We are far too easily pleased.”

And it is this sinful bent to trade eternal life and everlasting joy for a fleeting moment of pseudo-satisfying, feel-good-for-a-second-and-then-leave-you-cold-and-alone, self-gratification sin that I’m reminded of when the angel asked at the tomb, “who do you look for the living among the dead?”

We can life our eyes from the dead to the living. God’s love is stronger than death. “For God so loved the world that he gave his only Son, that whoever believes in him should not perish but have eternal life” (John 3:16). The cross of Christ is God’s great conquering force over death. The Bible depicts Jesus as the “first born” from among the dead. He was the first to rise in bodily resurrection, but not the last. All those whom God has adopted as sons will rise to eternal life. “For the Lord himself will descend from heaven with a cry of command, with the voice of an archangel, and with the sound of the trumpet of God. And the dead in Christ will rise first.  Then we who are alive, who are left, will be caught up together with them in the clouds to meet the Lord in the air, and so we will always be with the Lord.” (1 Thessalonians 4:16-17). This is our Father’s great love for us…

Created us for abundant life (with Him).
But we chose rebellion and its wages, death.
But the power of God’s love overwhelms the grave.
The cross and the empty tomb show us what for us is yet to come.
We lose this life (our way is dead and buried),
And we gain life everlasting (resurrection power).
So we will always be with the LORD…
Which is beyond-words-amazing!

Lover and follower of Jesus, the long awaited King. Husband and father. Writer and seminary student. On a long, difficult, joyful adventure, learning to swim with the current of God's sovereign love and walk with Him in the garden in the cool of the day.
View all posts by Jeff Block →
This entry was posted in Real Life, Theology and tagged Breath of Life, Death, God's Creation, God's Love, Heaven / Eternal Life, Resurrection. Bookmark the permalink.

1 Response to The Love of God… Is Stronger Than Death