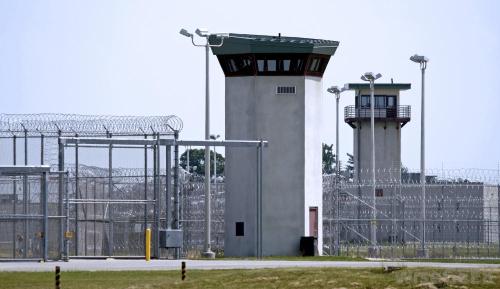 There, but for the grace of God, go all of us…

For you say, I am rich, I have prospered, and I need nothing, not realizing that you are wretched, pitiable, poor, blind, and naked. I counsel you to buy from me gold refined by fire, so that you may be rich, and white garments so that you may clothe yourself and the shame of your nakedness may not be seen, and salve to anoint your eyes, so that you may see.

I spent last weekend in lockdown … literally. I joined a group of men (largely from my church) in conducting a “Dad’s Seminar” at a nearby state prison (check out New Life Corrections Ministry, part of Wayside Cross). The goal of the program is to help incarcerated dads break the cycle of fatherlessness and crime.

In ministry, it’s easy to think you’re bringing something to someone — somehow riding into someone’s life or a difficult situation on a white horse with the gospel as your sidearm. But more often than not, you end up realizing that God used them to minister to you at least as much as you were there for them. God is always at work. Nobody ever takes God anywhere. And God’s work always starts with me. So it was with this trip. I didn’t take God to the prison. The question was wether or not I would join God in the work He was already doing there.

This was my first experience in a prison or working with the incarcerated. I don’t know what I was expecting really. I didn’t go down there with much of a clear picture in my head of what I would find, what the inmates would be like, etc. It was guys only. They were all fathers, but only some were married. And they all realized that they had severely messed up their lives (knew what they’d done to earn a prison sentence was wrong). Many were Christians, and many were — to be honest — not that different from me. I found myself repeatedly thinking, alongside 16th century preacher John Bradford, “There but for the grace of God, go I.”

Some were there for things I’ve never done and never considered doing, but others were there for things I’ve definitely thought about and could easily have done (but didn’t). Still others did things I’ve done too, but they got caught and I didn’t. Now that’s sobering. And almost all of them could testify to a condition I thankfully could not: having an absent father. The stats about how much more likely a kid is, without a father, to get into every conceivable trouble are incredible and almost unbelievable:

But there they were — guys who might easily have traded places with me if our fathers had traded places a generation before. It was uncomfortable, but I think good for me … to feel a little too much like them, so to speak. And God used that feeling to show me, in an extremely potent and profound way, the deceitfulness of sin.

Somewhere on Saturday afternoon, it hit me. The enemy of our souls got himself an airbrush kit for Halloween one year, and has been hard at work ever sense making the devastating consequences of sin look as sparkly and shiny as demonically possible. Satan’s days are spent making steaming piles of crap sparkle like gold.

We covered a sizable array of topics with the inmates who attended the seminar, and over and over again this was the testimony… That glittered, but it wasn’t gold. That seemed like it would satisfy me, but it turned to poison in my hand. That promised me life, but instead brought pain and suffering and death. And not just for me, but for my family, especially my kids … for whom, frankly, it will take a miracle to avoid ending up in the same cell someday. Scary stuff!

Our goal was to try to disrupt that cycle, and topics during the two-day, eight-part seminar mostly centered on right relationships with God and family. The session on God-honoring sexuality perhaps made the clearest, most vivid point on this topic. There was a lot of blunt, straight talk among the men (awesome!), including the topic of pornography. Of all the places where sin is (in this case quite literally) airbrushed to falsely turn it into something attractive and appealing, this is a great example. And so many men are snared by it. I’m ashamed to say that I have been. If they’re honest, most men (and [sadly] a growing number of women) will say it’s a constant temptation.

Beyond the obvious wrongness and adulterous nature of pornography (yes, it’s cheating on your spouse), our topic of the false promises of sin forms an insidious undercurrent. Men get into porn as a carnal urge-satisfier or an escape, and end up thinking (even if subconsciously) that this is somehow how real life is supposed to be. Women were not created to be men’s sexual fantasy vending machines; that’s a horribly twisted way to look at sexuality (which God created for our good) and the marriage relationship. In the Bible, marriage and sex are synonymous — never one without the other, and exclusively together. But even beyond that, here’s a news flash… nobody really looks like that.

Likewise, but less dramatically, the car in the showroom is under just the right lighting so that you have to have it. But the truth is that a shiny, new, super-fast car cannot make you happy or give your life meaning in any sense.

The model home has every bell and whistle imaginable. But the truth is that the more you own, the more your stuff owns you.

The toy on TV is shown in maximum unsustainable fun mode, not made-in-china, broken-in-a-week mode. The truth is a new toy is never as great as the anticipation of receiving it.

Even lunch never looks like the advertisement when your order comes up. 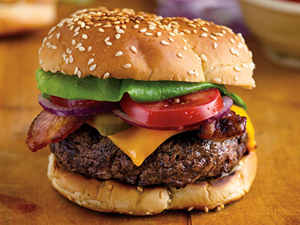 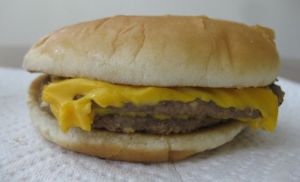 And the apple in the Garden of Eden looked really great too, but sampling it led to death. “So when the woman saw that the tree was good for food, and that it was a delight to the eyes, and that the tree was desirable to make one wise, she took of its fruit and ate, and she also gave some to her husband who was with her, and he ate” (Genesis 3:6). And through that door, every disease and deadly consequence imaginable has entered human experience like a run-away freight train. It glittered, but it wasn’t gold!

There’s a war raging in this world. Nobody wants to be in a war, but we don’t get to opt out. We do, however, get to choose… a life of power lived in and for the Spirit, or a life of slavery and impotency lived for myself. That concept isn’t new to me, but I feel like I saw it with new eyes in prison this past weekend. To the one who doesn’t know Christ, there is no choice. It’s sin, sin, sin … until you choke to death on it and wake up in hell. But the invitation goes out to anyone who will listen…  “Repent [turn around!], for the Kingdom of Heaven has drawn near!” (Matthew 3:2)

The sacrifice and resurrection of Jesus Christ has made new life possible to anyone who wants it. Not just someday, but right now! But you can’t want it in addition to some other form of “life” you really love or want to hold on to or think is gratifying you. You have to want it instead of your old life (which is in fact death — it’s just airbrushed to look like life). You can’t have fake gold and real gold too. Real gold … life that amazing … costs everything. All fake gold must be exchanged … left for dead. That’s your stuff, your desires, your goals … your very life. Does it belong to you or God? If it belongs to you, God will take it away. If it belongs to Him, God will pour into it riches you literally cannot imagine. (Matthew 16:25)

God desires for me, you, and every prisoner I met last weekend to have this new life. If you are in Christ, you are no longer a slave to sin. It tells you it has power over you; it doesn’t. Sin tells you it’s your friend; it is not. Sin can not and will not deliver on its promises. It looks good, but it’s a lie.

Sin is like a pet tiger; it’s fluffy and beautiful and purrs when you pet it … until it suddenly turns on you and rips your face off.

God, on the other hand, always delivers on His promises. You may not understand them or His answers when you ask your many questions, but you can trust Him. God will keep His promises. What God calls gold you can take to the bank. And God has clearly promised you power to live for Him (Acts 1:8, Galatians 5:16-23). You can chose life! And when you do, His blessing will extend not just to you, but to 1,000 generations of those who love Him and keep His commandments. (Deuteronomy 5:9-10)

I counsel you to buy gold refined by fire…

Lover and follower of Jesus, the long awaited King. Husband and father. Writer and seminary student. On a long, difficult, joyful adventure, learning to swim with the current of God's sovereign love and walk with Him in the garden in the cool of the day.
View all posts by Jeff Block →
This entry was posted in Real Life, Theology and tagged Lust, Pornography, Prison Ministry, Repentance, Revival, Sin / Human Nature. Bookmark the permalink.

3 Responses to Airbrushed to Death