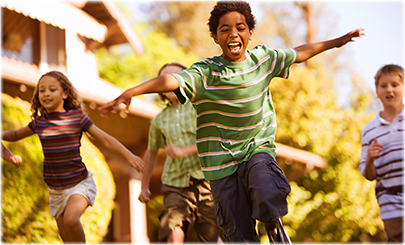 Prologue to the Day

I gotta admit, I was pretty grumpy today. Sadly. I got somewhat frustrated yesterday with the way we organized the hike to the waterfall, and I didn’t handle it the way I should have. So, instead of directly engaging the people involved and getting over it (you know, actually handling it in a biblical way), I let grumpiness fester, and it made today a lot harder than it needed to be. Sigh.

One of the casualties of my bad mood is that I also don’t have any pictures for today. The truth is, though, that the opportunity for pictures today was limited anyway. My grumpiness just didn’t help, though. So sorry, friends.

At any rate, we started the day with breakfast at the house, as usual. But I realize that I have never described what that really means, so here goes… Typical breakfast this week, including this morning, has been: hard-boiled eggs (with white yokes — which I guess is a byproduct of what they feed their chickens here), pineapple and mango (amazing pineapple and mango), sweet white bread, wheat bread, peanut butter, strawberry jam, butter, coffee, tea, and mango juice. YUM!

Playing with the Kids at Namatala 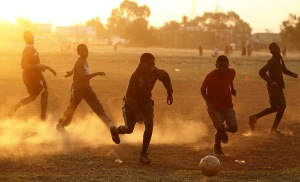 After breakfast, we left early for the Namatala slums. This is where half of us attended church (and some preached) on Sunday. Today, we played games with a couple hundred kids while their moms worshipped together at one of the local churches. These women are primarily involved in the brewing industry — which we talked about yesterday. That means that they are in fact somewhat shunned by “proper” Ugandan society, because brewing is generally a disrespected profession. The way people talked about it, it seemed like it might carry a stigma similar even to something like prostitution. Very interesting, and very sad.

At any rate, we played and played with the kids. It was really hot – probably the hottest day of the whole trip – and the sun was beating down on us. And of course we had to dress “appropriately,” which means jeans for guys and skirts for girls; proper Bazungu (that’s us white folk) do not show leg in public in Uganda. But, even given all that, we had a blast.

As a result of the sun, attire and kids, we got pretty dirty and extremely sweaty – especially Mike, who was tackled repeatedly by friendly, fun-loving kids. Children came up to me in droves, wanting to jump on me or hang on me or rub the hair on my arms (which was clearly very foreign / strange to them) or make my watch beep. It was a ton of fun, and I felt like we really served the kids. Another of our team members, Rebecca, led us in a skit of the story of David and Goliath (see 1 Samuel 17), which was super fun. Four kids played David and his 3 sheep. Mike played Goliath. Zack played God. And I played a terrified Israelite, cowering in a corner with Taylor, my fellow soldier. And the rest of the team played Philistines. After the skit, we taught them a song, then they taught us a song. And then, it was games, games, games out in the courtyard … including an epic game of Duck-Duck-Goose.

While we were outside playing, a number of the women from our team were inside the church with local JENGA volunteers, praying and worshipping with the moms from Namatala. I don’t know much about what went on inside, except that women who feel doubly-outcast — both by the society at large because of their professions and by Christians who think they are cursed because of their circumstances — were able to come together to worship the Lord without judgment or fear. That is awesome.

But whatever was happening inside, our playtime outside was truly wonderful. We had so much fun, and I think we made the kids feel loved. A couple of children in particular really touched my heart, including a tiny little guy who was just wondering around among other kids – to slow to catch the bubbles older kids were blowing and popping (we brought a case of bubble bottles, which the kids loved). So, I flew him around a bit like superman to catch the bubbles, and ended up spending time just holding him, and then one child after another on my lap or in my arms. I was naturally drawn to the ones who weren’t either able or willing to run around crazy playing sports with the Americans (most of the American team are athletes at TIU). 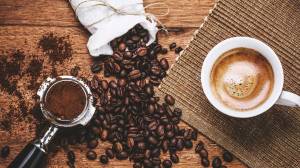 Next on the agenda, the team planned to travel back up the mountain to tour a church involved with JENGA in growing and selling coffee. Part of their development ministry is to focus on sustainability. They have intentionally designed their business practices to generate revenue in the hands of the local farmers. Typically in the past most of the profit from growing coffee (or other crops) was eaten up by greedy 3rd party middle-men. As a result, the farmers largely gave up growing many of the crops that could be profitable. JENGA is a very fair “middle-man,” paying top wages and setting strict limits on what they are willing to make in the process (especially since they exist to serve the people here, so whatever they made would just go back into them anyway). As a result, small farming businesses have begun to flourish again, and increasing wealth is flowing into the communities here on the outskirts of Mbale.

I was already grumpy and considering sitting our the trip up the mountain, but when the team transferred out of the bus into two smaller jeeps, I knew for sure I should stay behind. I thought I could use the opportunity to give myself a time out, but I also remembered the trip up the mountain in one of those jeeps the day before. I had a vision of spending 90 min getting up the mountain, bouncing violently the entire time, then being at the church for an hour, then spending a bunch of time driving back down … accompanied of course by more bouncing. I just couldn’t bring myself to do it. Plus, like I said, I needed some downtime. So, I journaled and read, got a shower, played some cards with our tour guide, etc. And as it turns out, my predictions were pretty accurate, and by the time the team returned, I was feeling much better … so I was glad I didn’t go.

When the team returned, they freshened up quickly, and we all headed back into town to visit a local government hospital. Once there, we broke into teams, each led by a local JENGA volunteers. We fanned out into the various wards of the hospital simply praying with people there. My team consisted of Zack (one of our team from America who just graduated from TIU with a Christian Ministries degree) and Joel (the local JENGA team leader). Joel led us into the general ward, on the men’s side, and we talked with patient after patient, praying for them and offering words of encouragement. More than once, God brought specific verses to my mind for individual people that seemed to be “out of nowhere,” which blessed me, and hopefully them as well. One thing about the situation that was a little new / strange / unfamiliar to me was that we were specifically praying for healing. There is definitely a pervasive dependence here on God to meet the needs of the people, which I think is really great, and something we in America desperately need to cultivate. But that can also quickly become an expectation that God will give us what we want Him to give us. Yes, sometimes He does, but that does not constitute “faithfulness.” And God is in no way obligated by anything outside Himself — His own character and qualities. It’s a misnomer, and bad theology, to say that God is faithful because he gave me what I asked for. God is faithful because He said He would always provide what we need (what He wants us to have), and never fails to give exactly what He said He would. So, I’m all about healing prayer, and I’m all about expecting great things … being open to great things from God. But that’s not the same as demanding that God bless me on my terms or respond to my desires the way I want Him to.

Many I’ve met in Uganda are probably in danger of the pitfalls on the opposite end of the spectrum from many of us in America (and I am just as susceptible to either end of this spectrum, depending on the day, as anyone else), but we shouldn’t forget there are dangers on both ends. We must be discerning. We must be grounded in the Word. We must listen to the voice of the Church and the Tradition. And we must listen to the Spirit of God who dwells in us. As we pray, as we ask, we validate in God’s Word, verify with God’s people, and listen closely to God’s Spirit. And then, we can ask whatever we will in His name, and it will be given to us (Matthew 18:19 and 21:22; Mark 11:24; John 14:13 and 15:7; etc.).

At any rate, visiting the hospital was such a great thing. Our team leader, Joel, was fantastic! I loved his style. We met so many wonderful people and prayed for them, including one Muslim and one pagan, who don’t believe in Jesus but were willing to let us pray. It was wonderful!

Dinner Out at a New Place

And after we left the hospital, we had dinner in town. We were originally planning to go back to the resort where we ate on Sunday, but there was another event there, so we decided to head to a different resort. It was a beautiful place, and the weather was perfect — a nice cool breeze and the bugs weren’t too bad. I definitely imagined 120 degree blazing heat when this trip first came up, but boy was I wrong. In fact, the weather has bounced between 70 and 80 pretty much every day, maybe dipping down as low as the low 60’s at night. Gorgeous! For dinner, I had some really tasty tropical chicken kabobs (with pineapple and veggies, and some fantastic sauce, over rice). And we ended up talking about theology and the fundamental nature of the universe at our table, so it was the best night ever. It was really nice.

And I guess that about sums it up for day 9. Tomorrow we leave Mbale, and begin our transition home, through Kampala, where we’ll do some touristy stuff. See you tomorrow.

Lover and follower of Jesus, the long awaited King. Husband and father. Writer and seminary student. On a long, difficult, joyful adventure, learning to swim with the current of God's sovereign love and walk with Him in the garden in the cool of the day.
View all posts by Jeff Block →
This entry was posted in Travel and tagged Kids, Missions, Uganda. Bookmark the permalink.