Back to a Better Church?

In a recent assignment for my Church History class, I was confronted with the following question that I found extremely interesting and thought provoking. Other than having to respond to it with pen and paper (confirming forever the reality of Carpal Tunnel Syndrome), I very much enjoyed tackling this question, so I thought I’d share it here. Hopefully, it will spawn discussion and even debate, not just reading. Please feel free to comment your opinion / answer to the following question… 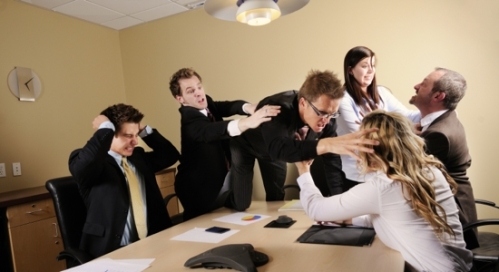 A friend who is planting a church tells you: “We find the divisions, controversies, and spiritual lethargy of the contemporary Church completely unacceptable. Therefore, our vision for church planting is to create an authentic community of believers modeled entirely on the theology and practices of the early Christian church, before the reign of Constantine.” Write a letter to your friend in which you assess the wisdom of this proposal.

I so admire your desire for unity in the Church and zeal for the Name of Christ. We should all desire that and pursue it with passion. However, I submit that you may be romanticizing church history and ignoring key elements both of the development of theology and the cultural / historical influence on church practices.

Before we do anything else, let’s establish the period we’re discussing. “Before Constantine” would equate to the period from the Apostles to AD 312, when Constantine rose to power over the re-united Roman empire. So, roughly, the first 300 years of church history. 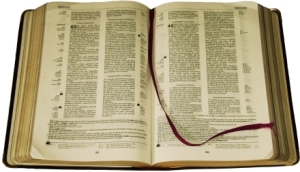 In that time, Christian theology was anything but free from division and debate. Many of the orthodox beliefs we now take for granted were either being hotly debated during that time, were still in their infancy, or were not yet even universally defined (some yet to be even debated).

For example, it was unclear in that time (and certainly not a foregone conclusion) how to understand the continuity between the Old and New Testaments or between the Jewish God and God the Father of the Lord Jesus. Debate raged concerning the authority of Scripture, and was even more pronounced concerning the authority of the church to interpret the Scriptures. There were many ideas (from flat denial to myriad explanations of) the incarnation of Christ and the nature of the Trinity. The questions of the nature of sin, the will, and grace hadn’t really begun to be tackled yet. That debate would heat up later in the 4th and 5th century with Pelagius and Augustine of Hippo, as would the nature of Christ as the God-man, in the monophysite controversies beginning in the mid-5th century.

The canon of Scripture — the “boundary” around which documents were to be considered part of the New Testament — had also not yet been formally and finally recognized. There was broad agreement on the authenticity and historicity of many of the books we now call the New Testament, but it wasn’t universal. And a great many forgeries and other aberrant works plagued the churches all over Europe, Asia Minor, and N. Africa. The Church at this time was in the throws of weeding through all that to identify the true writings of the Apostles and teachings of Christ. You would be putting yourself in the heart of that debate, not rising above it.

A dualistic philosophy which considers matter (and the God who created it) “evil”, and the spirit “good”. The soul is trapped within man, and the spark of the divine (experienced only by some through the discovery of “secret knowledge” unto “enlightenment”) can empower the soul to transcend the body in death and be released to be with God. This view held that the God of the Old Testament was evil, having created the physical world, and that Jesus could not have been fully man. (Read more)

A philosophy which sees God as One, but leaves no room for a Trinitarian concept of God. Many varieties exist, but all consider God the Son and God the Spirit to be some kind of illusion or manifestation or “mode” of God’s unified Being, denying their true personhood. (Read more)

A philosophy which sees Jesus as a little “G” god who was created by the Father, and is lesser than Him. The Spirit is typically seen as lesser still. This view denies the Trinitarian formulation that was agreed upon by the church at the Council of Nicaea in 325, seeing God as a Trinity: one “essence” in three “persons”. (Read more)

So, you see, turning back the clock to this early ages of Christianity would not eliminate controversy or division, but likely intensify it.

With regard to church practices, I have a couple thoughts. First, you would be erasing many generations of rich tradition (from which we have and can continue to learn), resetting back to a period in which very limited material would exist to guide you in organizing the church. You would certainly make use of the Didache, published c.110 to describe a theology of the paths of light vs darkness, and to instruct on church organization, dispensation of the sacraments, and liturgical practices. But other than that, you would be limited to the writings of a few Patristics (early Church father), and a not-yet-ratified canon of Scripture.

For example, the nature of baptism and the appropriate way to confer it was hotly debated then as it is today. Tertullian‘s De Baptismo, as just one instance, was written in the early 3rd century to contest the practice of infant baptism.  So again, I doubt you would be escaping controversy in any meaningful way.

Lastly, remember that you are describing a time of significant persecution, which greatly shaped church practice and policy. There were only house churches then, and Christians typically met in secret. The first church buildings didn’t appear until mid-3rd century, and even then were rare due to rampant persecution — which didn’t end until the time of Constantine (who legally ended it). Martyrdom was extremely prevalent, as was the debate over how to deal with apostasy

and canonical penance. Because the stakes were so high, the Church deeply struggled with how to apply discipline and grace, especially when it came to someone who renounced Christ to escape execution at the hands of the Roman government — a daily phenomenon. By placing yourself and your church in that era, you would be right in the heart of these bitter hardships and exceedingly difficult decisions in the face of them. Although you may be correct that some (not all) in that time took their faith very seriously, you cannot reproduce those conditions with the persecution and hardships that created them.

All that said, I do feel there is wisdom in seeking simplicity and deep commitment to Christ in daily life among His people. “Divisions, controversies, and spiritual lethargy” are indeed problems today, but have always been there. These are the legacy of human nature in general, not just of Constantine or of any one time in history. Every era of history has its strengths and weaknesses, its conflict, its openness to the gospel, and its challenges. Let’s work together to learn from the totality of church history and build the Church of Christ in our time, not blindly unwind it in search of a utopian past which didn’t really exist. God is calling us to go into all this world, and make disciples, not to a rose-colored past. Either way, I’m in it with you!

“Go therefore and make disciples of all nations, baptizing them in the name of the Father and of the Son and of the Holy Spirit!”

Lover and follower of Jesus, the long awaited King. Husband and father. Writer and seminary student. On a long, difficult, joyful adventure, learning to swim with the current of God's sovereign love and walk with Him in the garden in the cool of the day.
View all posts by Jeff Block →
This entry was posted in Theology and tagged Arianism, Augustine of Hippo, Baptism, Canon of Scripture, Church History, Emperor Constantine, Gosticism, Incarnation of Christ, Monarchianism, Monophysitism, Nature of Christ, Pelagius, Persecution / Martyrdom, Secret Church, Tertullian, Trinity. Bookmark the permalink.

1 Response to Back to a Better Church?