The Day of Victory! 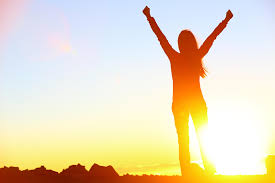 Jesus had said, “Destroy this temple, and in three days I will raise it up” (John 2:19). And they did. They humiliated Him and hung Him on a cross like a common criminal … Jesus, the temple, the meeting place between God and man.

Now it’s Sunday morning — the 3rd day after darkness filled the sky, the earth shook, and the massive curtain in the temple separating man from the throne room of God was torn in two. For two days, Jesus’ disciples have been wondering if Rome had won, executing their leader and friend and their only hope to vanquish their enemy occupiers. They very likely had spent the last two days huddled in a room somewhere confused.

But Jesus didn’t stay dead. He did exactly what He said He would — rising and walking among them again. He turned Jerusalem upside down, until the Jewish leaders — surely the people despised them as Roman collaborators — re-initiated their campaign against “the people of the Way” in earnest.

From their perspective, they had put down a rebellion by killing one man, only to see his body disappear (apparently risen from the dead; the ultimate fuel for a revolution) and now his followers rally … more of a threat than ever! So, this time, they determined to wipe them out.

A prestigious man named Saul — both a Jewish religious leader and a Roman citizen of some standing — led the charge! With support from the establishment, he set out to Damascus (a center of commerce strategically located at the crossroads between three continents) to slaughter the fleeing Christians before they could spread their lies and treachery through the Empire.

But on the way there, Saul himself met Jesus. And within a few years, God had changed his name to Paul, and sent him out to proclaim the message of the gospel … himself to suffer and die for Jesus’ name, for proclaiming the good news of that first Easter Sunday.

Now, thousands of years later, we still celebrate the empty tomb and the resurrection of Jesus. And that should be obvious, because the implications of this historic event are literally innumerable. Those 3 days in Jerusalem all those years ago changed absolutely everything! No other event in the history of mankind comes even close.

Therefore, I thought it appropriate this morning to celebrate and discuss our coming resurrections — as the modern people of the Way, the descendants of those Saul persecuted and later Paul taught the gospel. Jesus’ resurrection changes the world, but it also changes you and me … and makes it possible for us to be made new all the way down to our physical bodies. Jesus sets the example, not just of how we live and how we die, but how we will live again. Hallelujah!

So as you celebrate Jesus’ resurrection today, hear with me the words of Paul (which I have paraphrased and amplified) as he celebrates the victory of Jesus, our long-awaited King, and looks forward to our resurrection as well, made possible only by that victory…

I, Paul, delivered to you as of first importance what I also received: that Christ died for our sins in accordance with the Scriptures, that He was buried, that He was raised on the third day in accordance with the Scriptures, and that He appeared to Jesus’ closest friends, then to His many followers, and last of all, He appeared also to me, even to one who initially persecuted Him.

But in fact Christ has been raised from the dead, the prototype of those who have fallen asleep, the example of how it shall be for many. For as death came to mankind by one man (Adam), by one man has come also the resurrection of the dead (Jesus). For as in Adam all die, so also in the Messiah Jesus, all those who belong to God shall be made alive — in the same way that Jesus was first made alive. Then comes the end of human history, when Jesus the Eternal Son delivers His kingdom to God the Father, after destroying every rule and every authority and every power in this world. For He (Jesus) must reign until He has put all enemies under His feet. And the last enemy to be destroyed is death itself. For “God has put all things in subjection under His feet” (Psalm 8:6; c.f. Eph 1:22, Heb 2:8). When all things are subjected to the Son, then the Son Himself also freely submits Himself to the Father, who put all things in subjection under the Son, so that God may be all in all. 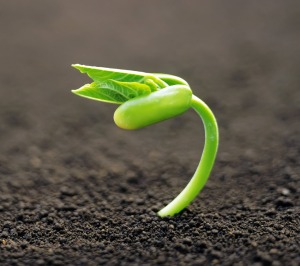 Some ask, “How are the dead raised?” or “With what kind of body do they come?” This is a foolish question. When you sow seed, it does not come to life unless it dies. And those who submit to Christ in this world do not sow the body that they will have in heaven, but instead they sow a bare kernel, as you would with wheat or some other grain. God gives each seed a body as He has chosen, to each kind of seed its own body. Neither is all flesh the same, but there is one kind for humans, another for animals, another for birds, and another for fish. There are also heavenly bodies and earthly bodies, but the glory of the heavenly body is of one kind, and the glory of the earthly body is of another kind, just as there is one glory of the sun, and another glory of the moon, which reflects the sun.

So is it with the resurrection of the dead. The body sown to death in this life is clearly perishable, but what is raised someday by God is imperishable. Our earthly bodies are sown in dishonor, but they are raised by God in glory. It is sown in weakness; it is raised in power. It is sown a natural body; it is raised a spiritual, eternal, supernatural body. 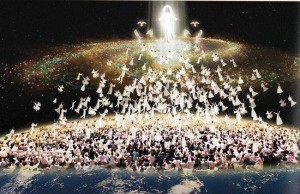 I tell you this, brothers: flesh and blood cannot inherit the kingdom of God, nor does the perishable inherit the imperishable. Behold! I tell you a great mystery. We shall not all sleep, but we shall all be changed, in a moment, in the twinkling of an eye, at the last trumpet. For the trumpet will sound, and the dead will be raised imperishable, and we shall be changed. For this perishable body must put on the imperishable, and this mortal body must put on immortality. Then shall come to pass the saying that is written:

The sting of death is sin, and the power of sin is the law. But thanks be to God, who gives us the victory through our Lord Jesus Christ.

Therefore, my beloved brothers, be steadfast, immovable, always abounding in the work of the Lord, knowing that in the Lord your labor is not in vain. 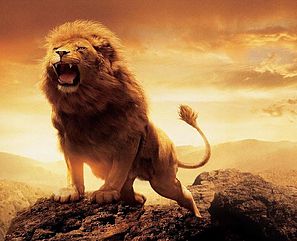 Lover and follower of Jesus, the long awaited King. Husband and father. Writer and seminary student. On a long, difficult, joyful adventure, learning to swim with the current of God's sovereign love and walk with Him in the garden in the cool of the day.
View all posts by Jeff Block →
This entry was posted in Bible Stories and tagged Easter, Jesus, Redemption / The Gospel, Resurrection. Bookmark the permalink.